The United Monarchy is the name given to an Israelite kingdom of Israel and Judah ruled by the kings, Saul, Ish-bosheth, David and Solomon, as depicted in the Hebrew Bible.

Today, the United Monarchy is not considered to have been a historical reality, partly due to a lack of archaeological evidence supporting the depictions in the Hebrew Bible.

Modern archaeology support that view that David and Solomon were rulers in only Judah, and did not rule a united monarchy consisting of both Judah and Israel. Archaeological findings also support that during this period, Israel was the richer and more powerful of the two.

The Books of Samuel in the Hebrew Bible exhibits anachronisms and can therefore not be seen as a contemporary account of 10th-century events. It was most likely compiled in the 8th century BC, serving to fill the gap in Israelite history after Deuteronomy. This gap in historical records for this period is by no means unique to Israelite history; it is characteristic of the Late Bronze Age collapse. After the collapse of multiple civilizations in a large region, the remaining folk memories of the time before the collapse became embellished as stories of a ”lost golden age”. This did, for instance, happen in Greece, where it resulted in the Trojan Epic Cycle. 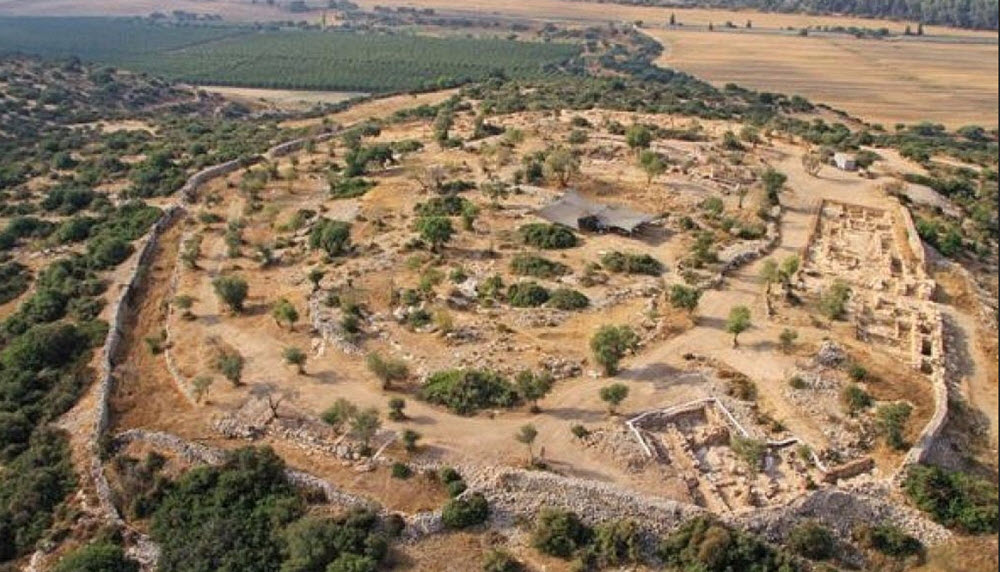 Timline, according to the Hebrew Bible

Based on the depictions in the Hebrew Bible, the United Monarchy has traditionally been dated to the period 1050 BC – 930 BC.

It was a hereditary theocratic absolute monarchy.

The Hebrew Bible´s United Monarchy comprised lands that are today divided among the following nations:

Common languages within the territory

Common religions within the territory

Early remains of the Judah Kingdom

Khirbet Qeiyafa (Elah Fortress) is the site of an ancient fortress city uncovered by archaeologists in 2007. Overlooking the Elah Valley in Judah, it has been dated to the first half of the 10th century BC. Excavations at Khirbet Qeiyafa found evidence of an urban society existing here as early as the late 11th century BC. This could be one of the oldest remains of the Judah Kingdom.