The Assyrian Empire was a Mesopotamian kingdom in the ancient Near East and the Levant. It developed from the Assur city-state, which might have existed as early as the 25th century BC. The Assyrian Empire did not collapse until the 600s BC, which meant that it existed from Early Bronze Age to late Iron Age.

The Assyrian kingdom is divided into four periods:

Even though the Neo-Assyrian state fell during the 7th century BC, it survived as a geographical entity until the mid-7th century AD, mostly ruled by foreign powers. 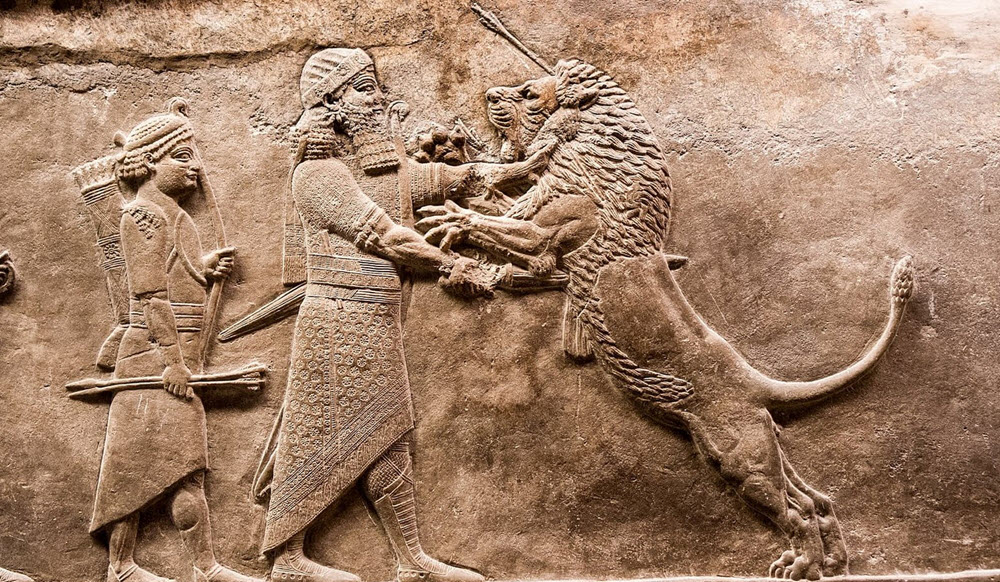 Where was the Assyrian Empire?

Assyria was centred on the River Tigris in Upper Mesopotamia.

At its peak in 911-609 BC, the Neo-Assyrian Empire ran from present-day eastern Libya and the island Cyprus to Iran, and from Armenia and Azerbaijan to the Arabian Peninsula.

Why is it called Assyria?

The name Assyria is derived from the ancient city Aššur, which was the original capital of the Assyrian Empire. Back in 2600 BC, this city was just one of several Akkadian-speaking city-states in Mesopotamia.

The god Ashur was the national god of the Assyrian kingdom and the most important one for the Assyrian Empire.

About the Neo-Assyrian Empire

Throughout the Neo-Assyrian period, the Empire maintained a large population in the countryside, combined with several well-fortified cities. In 879 BC, the centre of power was moved from the ancient capital city Aššur to Kalhu, followed by a new move in 706 BC to Dur-Sharrukin and then the following year to Nineveh. Harran became the capital in 612 BC, just a few years before the end of the Neo-Assyrian Empire.

The rule of Adad-nirari II started a period of expansion for the Assyrian Empire. Adad-nirari II expanded his empire into Anatolia, Ancient Iran, the Levant and Babylonia, and Ashurnasirpal II continued the expansion until the Assyrian Empire encompassed most of the Levant, the lands of the Persian and Medes peoples, and central Mesopotamia – as well as penetrating fairly deep into Asia Minor.

During the reign of Shalmaneser II, the Assyrian Empire conquered Israel, the foothills of the Caucasus and Aram-Damascus. Persia fell under Assyrian control, the Arabs who lived south of Mesopotamia were subjugated by the Empire, and the Egyptians were driven out of Canaan by the Assyrian forces.

Not much expansion took place during the reign of Shamshi-Adad V and the same is true for the period when the Empire was ruled by Queen Semiramis. When Semiramis´ son Adad-nirari III came of age a new period of expansion started, where the Empire reached the Caspian Sea. Under the rule of Adad-nirari III, the Assyrians subjugated peoples such as the Phoenicians, Israelites, Phlilistines, Arameans, Manneans, and Neo-Hittites. Babylonia was invaded, and the Chaldean and Sutean tribes living in south-eastern Mesopotamia were turned into vassals.

The Assyrian Empire entered into a period of instability after the death of Adad-nirari III, and by the mid-8th century it has lost control over many of its former vassals and tributaries. Then, a second wave of expansion started, as Tiglath-Pileser III (745-724 BC) created one of the world´s first professional armies, reorganised the Empire and established Imperial Aramaic as the Empire´s lingua franca.