The British Empire was a heterogeneous and complex Empire that spanned centuries compromised various dominions, colonies, protectorates, mandates, and other territories under the control or administered by the United Kingdom or any of its predecessor states.

At its height, the British Empire was the largest empire in history.

In 1913, soon before the outbreak of World War I, roughly 412 million people – 23% of the world´s total population – lived within the Empire. 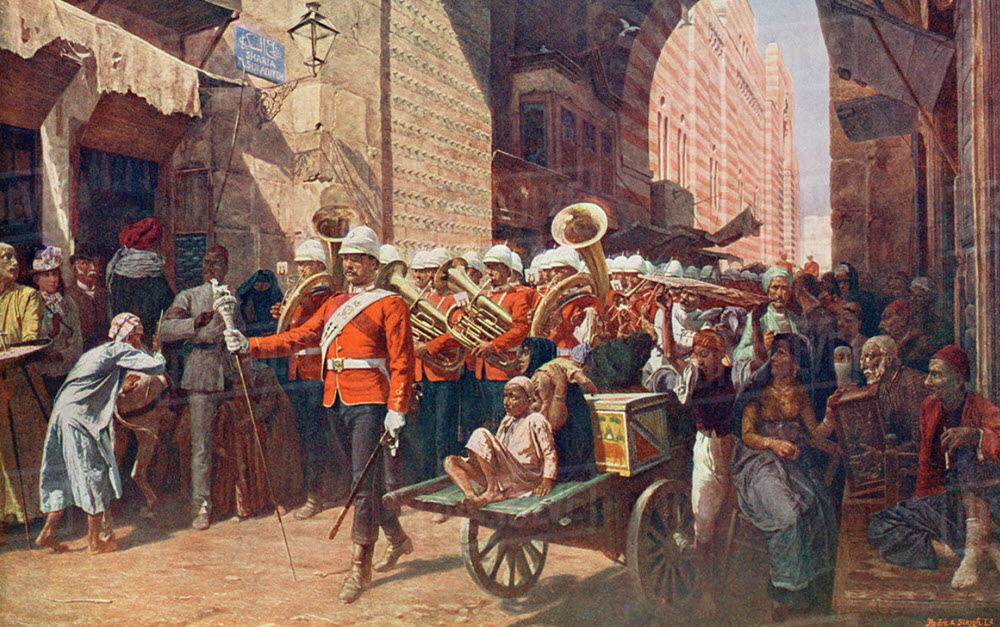 How large was the British Empire?

In 1920, the British Empire covered 35.5 million square kilometres. This is 24% of Earth´s total land area.

Since it was such as spread out Empire, encompassing land in the West Indies as well as in Australasia, it became known as “the Empire on which the sun never sets”. At any given point, there was always daytime in some part of the Empire.

Portugal and Spain established large overseas holdings in the 15th and 16th century and derived great riches fom them. Inspired by their success, several other European kingdoms – including England – started their own expansion across the globe.

A shift in focus

After becoming the dominant colonial power in North America in the 17th and 18th century, England (from 1707, Great Britian) set its seight on other parts of the world, particularly the Indian subcontinent. In 1757, the East India Company conquered the Mughal Bengal, in essence making Great Britian the dominating force on the subcontinent.

When the Thirtheen Colonies in North America became independent in 1783, Great Britian lost some of its most precious colonies, but it also meant that the nation could focus even harder on developing its sphere of power elsewhere, including Asia, Africa and the Pacific.

After the Napoleonic Wars of 1803-1815, Britian became the world´s main naval and imperial power. This ushered in an era of relative peace in Europe, later dubbed Pax Britannica, which lasted until the outbreak of World War I.

Throughout the 19th century, the British Empire expanded and came to include large parts of Africa, most of the Indian subcontinent, and plenty of other territories throughout the world. Simultaneously, Canada, Australia and New Zealand became self-governing dominions under the British monarch rather than breaking off and turning into completely independent states like the USA had done in the past.

Great Britian also wielded a lot of informal power through their strong positions in world trade and manufacturing. Through this informal power, the Empire and British companies excerted significant control in many regions that were technically not ruled by them, including parts of Latin America and parts of Asia.

In the early 20th century, the dominance of the British Empire in the economic field was being challenged by both Germany (which had unified in 1871) and the United States.

The British Empire reached its territorial peak right after World War I, but at this point it had already began to lose its position as the world´s undisputed military and industrial leader.

During World War II, Japan occupied British colonies in East and South East Asia, and this helped accelerate the decline of the British Empire even though it was on the winning side of the war.

Through the decolonisation movement, most territories of the British Empire were eventually granted independence, but some remained. Hong Kong was not transferred to China until 1997, and the United Kingdom still have fourteen overseas territories that have stayed under British sovereignty.

After independence, many former parts of the British Empire joined the Commonwealth of Nations, which is a free association of independent states where the members have no legal obligations to one another but are connected through historical ties with the British Empire.

What is the Commonwealth realm?

The Commonwealth realm is comprised of sovereign states that all have Elizabeth II as their monarch and head of state.

Nine of the others are small states found in the Carribean region: Antigua and Barbuda, The Bahamas, Barbados, Belize, Grenada, Jamaica, Saint Kitts and Nevis, Saint Lucia, and Saint Vincent and the Grenadines.

The Solomon Islands and Tuvalu are both located in Oceania.