Babylonia was an ancient state and cultural area in the central-southern parts of Mesopotamia; the land where we today find the countries Iraq and Syria. During the reign of Hammurabi and afterwards, Babylonia was known as the Country of Akkad, in a deliberate effort to Chanel the previous magnificence of the Akkadian Empire.

The state of Babylonia lasted from 1895 BC to 539 BC. The Babylonian Empire was much shorter-lived and essentially existed during the reign of Hammurabi.

Babylonia, and especially the capital Babylon, has been remembered in the region as a symbol of excess. In the Abrahamic religions, Babylon became strongly associated with lax morals. Babylon is mentioned several times in the Bible; both as an actual city and as a symbol (allegorical). 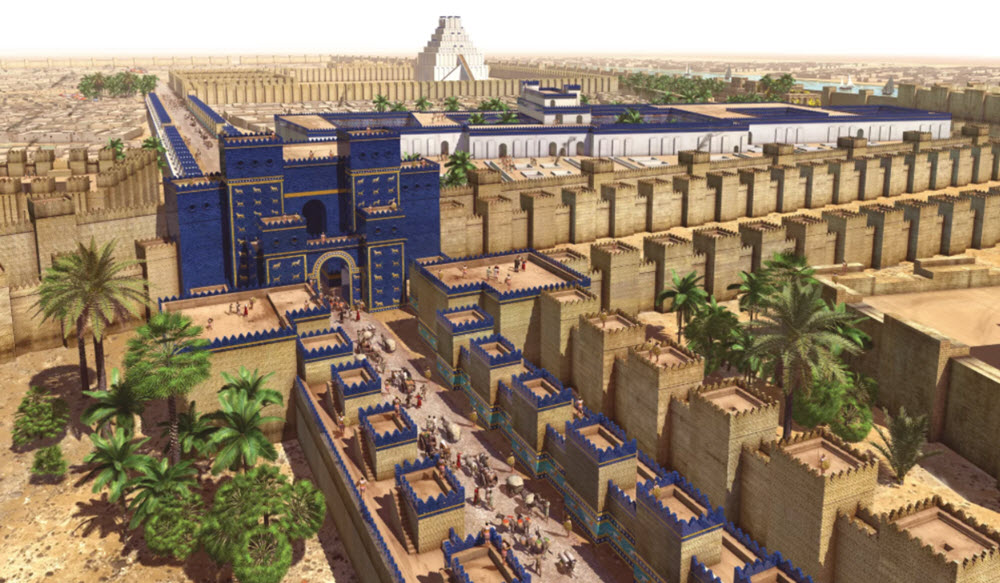 In 1894 BC, a small state under Amorite rule emerged in Mesopotamia. Within it was a minor administrative town called Babylon. During the reign of Hammurabi, the Amorites developed small-town Babylon into an independent city state.

The Amorites were a Semitic-speaking people, originally from Syria, who had expanded into other parts of Mesopotamia since the 21st century BC. Before turning Babylon into a city state, they established several other prominent city states, including Isin and Larsa.

The earliest surviving mentioning of the town Babylon is found at a clay table from the 23rd century BC, during the reign of Sargon of Akkad. Back then, Babylon was a religious and cultural center but not a large city. Just like the rest of Mesopotamia, it was included in the Akkadian Empire.

The official written language of Babylonia was Akkadian. Akkadian is the earliest attested Semitic language, and it was spoken in Mesopotamia from the third millennium BCE. Even though the Amorites that turned Babylon into a city-state did not have Akkadian as their primary language, written Akkadian was retained as the official language of administration for Babylonia.

The Sumerian language was used in religious contexts in Babylonia. (By the time Babylonia became a city-state, Sumerian was no longer a spoken secular language anywhere.)

In the 700s BC, the Assyrians established Eastern Aramaic as a lingua franca for the Neo-Assyrian Empire. As a consequence, Mesopotamian Aramaic started to supplant Akkadian as the spoken language of the general population in Babylonia.

Clay was plentiful and many of the houses in Babylonia was built from mudbricks. (Stone was much more difficult to come by.)

Just like the Assyrians and the Sumerians, the Babylonians erected massive temples from crude bricks supported by buttresses. Special drains were incorporated that quickly removed water from the structures during heavy rains.

The walls had embedded terracotta cones that were used to hold torches.

Babylonia was frequently embroiled in conflicts with its neighboors Assyria to the north and Elam to the east.